The cause of Parkinson’s disease is not fully known. Research has pointed to a number of potential risk factors for developing this neurological disorder. Risk factors such as age, sex, and certain genetic issues have been identified and linked to the potential development of Parkinson’s disease. This disease affects the person’s motor functions and can leave them more susceptible to other neurological disorders, such as Alzheimer’s disease. The disorder Rapid Eye Movement (REM) Sleep Behavior Disorder has been the focus of new research that may be a factor in this neurological disorder. 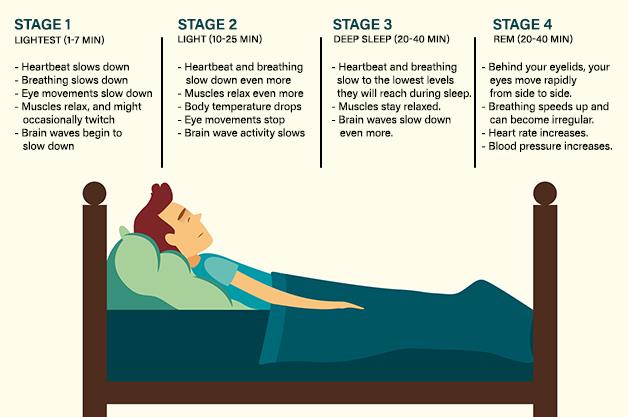 You have probably heard about this stage of sleep referred to as REM sleep. REM or Rapid Eye Movement is the final stage of the sleep cycle in humans. It is characterized by quick movements by the eye (hence the rapid eye movement part) and can be sometimes referred to as paradoxical sleep. Each sleep cycle in humans lasts about 90 minutes and cycles between REM sleep and other non-REM stages of sleep. As the sleep cycles continue, a higher proportion of the sleep cycle becomes REM sleep. REM sleep behavior disorder (RSBD) is characterized by the subject acting out physically in vivid or even unpleasant dreams that are accompanied by sound and physical movements during REM sleep. During your normal REM sleep cycle you don’t move physically, but during RSBD these movements can be quite animated and potentially harmful to those around us. The onset of this disorder can be subtle and gradually get worse over time. Due to the neurological issues related to Parkinson’s disease, many who suffer from Parkinson’s can experience these physical acting out of dreams related to REM Sleep Behavior Disorder. The part of the brain that regulates movement is affected by Parkinson’s disease and this can lead to the movement of arms, legs, and other negative effects of RSBD.

What are the symptoms of RSBD?

During normal REM sleep, you should have lowered muscle tone and even a normal temporary paralysis of your limbs. This disorder means you physically act out your dreams with your arms and legs and even vocal outbursts. According to the Mayo Clinic, some of the symptoms of Rapid Movement Sleep Behavior Disorder are: 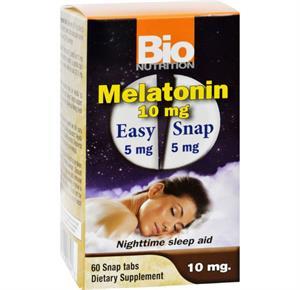 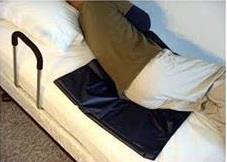 Rapid Eye Movement Sleep Behavior Disorder is thought to be caused by nerve pathways in the brain that no longer work properly to provide muscle paralysis during REM sleep. This leads to you physically acting out your dreams. Other causes can be prescription medications such as antidepressants and beta-blockers. Also, approximately 30% of those suffering from narcolepsy can experience symptoms of Rapid Eye Movement Sleep Behavior Disorder. Some risk factors include:

Once diagnosed, treatment for REMSBD can include a combination of actions. Medications such as Melatonin or the prescription drug Klonopin have been shown to improve symptoms of REM Sleep Behavior Disorder. Making changes in the sleep environment can help to avoid potential injuries. Adding padding or a mattress to the area around the bed and on corners of furniture can minimize injuries from falls or bruises. Also, the removal of dangerous items such as knives or guns is highly recommended. Another preventative measure should be the protection of glass windows in the sleeping area. One effective measure for avoiding injuries during the night is to sleep in another room, away from your normal sleeping partner, at least until symptoms are under control.

Rapid Eye-Movement Sleep Behavior Disorder can have major negative implications in your quality of life. If you suspect this is the issue, be sure to bring it up to your doctor. This should be done to guarantee a good night sleep for everyone, not to mention potentially figuring out if this disorder is related to Parkinson’s disease. If so, this can lead to early intervention and the prescription of appropriate medication.

Disclaimer: All content found on our website, including images, videos, infographics and text were created solely for informational purposes. Our content should never be used for the purpose of diagnosis or treatment of any medical conditions. Content shared on our websites is not meant to be used as a substitute for advice from a certified medical professional. Reliance on the information provided on our website as a basis for patient treatment is solely at your own risk. We urge all our customers to always consult a physician or a certified medical professional before trying or using a new medical product.

Kevin Cleary has been a Health Products For You contributor for many years and has a degree in marketing. His health and wellness journey has a very personal meaning and has guided him in his content writing for HPFY.

What Everyone Should Know About Resistance Band Colors

Resistance exercise bands come in a number of colors and it’s not just for decoration. Many people use these bands however, they do not have the knowledge of the colors and the purpose with which they are designed.

5 Facts about Syringes You Wish You Knew Before

A syringe is a pump consisting of a snugly fit piston(or plunger) within a calibrated glass or plastic cylinder called a barrel.The syringe is equipped with a hypodermic needle, nozzle, or tubing that helps direct the flow of medication.

Breathing disorders, such as COPD or asthma, can be a major detriment when it comes to quality-of-life issues.Treating these breathing ailments with medications is the main course of treatment.Being able to deliver aerosol medication directly into the lungs in an expedited fashion is the best way to manage these lung disorders. The use of a nebulizer for aerosol medications allows for the efficient and easy delivery of these medications.

MINERAL OIL VS SALINE ENEMA: WHICH ONE TO CHOOSE?

An enema is used for many reasons.Just as there are many reasons, there are different types of enemas, each of which contains different ingredients and works differently in the body. While some may choose an enema to soften stool or for routine colon cleansing, the reason for using an enema may have more of a medical necessity.